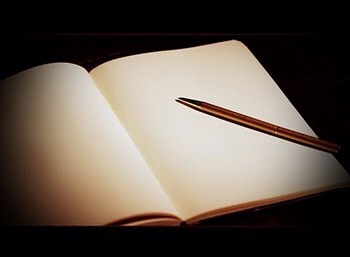 I’ve picked a book from the bookstore shelf and am immediately caught in the lilting currents of prose by its author. She describes one of her antiheroes as perplexing as “an unfinished sentence.”

No one likes the broken meter of an abrupt end. I was recently in a conversation with someone unfamiliar to me who persisted in beginning a thought, then switching gears. Or trailed off and just…assumed I followed. I didn’t. It was maddening.

By the end of that convo I felt like a tiny steel ball in the old pinball machine, sensing a slow-down or landing-spot only to be slapped in another direction.

Not the kind you wait until the barista notices, then drop into her tip jar, the kind that essentially costs you nothing.

No, the kind of change that signals the end of an era, the conclusion of a matter, a shift to the unknown. The kind that you don’t fish out of your pocket or scrabble at the bottom of your purse for.

Sorry for ending two recent sentences with prepositions. It’s intentional, mind you, because prepositions by facility carry the flow of a thought while not completing the thought.

There’s more to come, it says.

Stay with me; it’ll be alright, it soothes.

And so I cling to this promise-filled preposition, alert in the space between it and endgame, knowing I’m moving.

There’s something coming for me.

In his younger years, Lincoln worried that the founders had already harvested fully the “field of glory” and there was nothing for his generation to attend to but modest ambitions. (Taken from “Team of Rivals” by Doris Kearns)
_______________________

There is always a pressing issue for every era, every generation, every season. I’ll not be settling for “modest ambitions” as I enter the final third of my life, but will be expecting Kingdom-sized applications.

If you’ve followed my journey you’ll recognize I’ve been here before. And so have you. It’s called pilgrimage for a reason.

William Faulkner said, “A monument only says, ‘At least I got this far,’ while a footprint says, ‘This is where I was when I moved again.'”

Something else about our dictionary word for today: it’s actually a two-fer.

To position ahead of something. To pre-position. To trust in a Power that calls and equips and postures us where needed.

He won’t leave me – or you – dangling, dear heart. It’s not His literary style. He wouldn’t leave you with an ending like Hazel Grace (The Fault In Our Stars) lamented over in her favorite favorite book ever.

Hardly. He finishes what He starts.

So for now, in this poignant season of transition and pre-position, I’ll pick up my feet and make footprints so all will know I kept going…toward…

Does this resonate with you?

2 thoughts on “An Unfinished Sentence”

What Do YOU Think? Cancel reply